Soooo… I was in a reading slump which is why there was no review yesterday but decided to follow my own advice and sought out a book I knew I would like. Yesterday, I had a quick library run and picked up Murder of Crows. THANK ALL THE DEITIES I LISTENED TO MYSELF.

Yeah, that’s another FIVE STARS for you, Ms. Anne Bishop. Congratulations on being amazing. You’re already on my list of favourite authors.

Goodreads Summary: After winning the trust of the terra indigene residing in the Lakeside Courtyard, Meg Corbyn has had trouble figuring out what it means to live among them. As a human, Meg should be barely tolerated prey, but her abilities as a cassandra sangue make her something more. The appearance of two addictive drugs has sparked violence between the humans and the Others, resulting in the murders of both species in nearby cities. So when Meg has a dream about blood and black feathers in the snow, Simon Wolfgard—Lakeside’s shape-shifting leader—wonders whether their blood prophet dreamed of a past attack or of a future threat. As the urge to speak prophecies strikes Meg more frequently, trouble finds its way inside the Courtyard. Now the Others and the handful of humans residing there must work together to stop the man bent on reclaiming their blood prophet—and stop the danger that threatens to destroy them all. 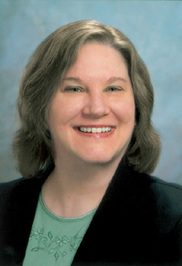 Behold, the woman rocking my world with her amazing books.

Opening the pages felt like coming home. I’d already decided by the end of the first book that Anne Bishop could do no wrong with these novels because the characters had already taken hold of my heart so it astounds me to no end that in this book, I’ve fallen in love with them even more.

Here are some of the things I loved:

Overall, it was another great read. Though I’m kind of hesitant to start Vision in Silver because Marked in Flesh, the fourth book, comes out and in March 2016 and who can actually wait that long?

Barbaric, I tell you. Barbaric.