Fun abounds in this second instalment of the Paladin Prophecy, with just enough mystery and intrigue to keep you turning the pages! Will West and his new friends, “The Alliance”, continue to investigate the secret society known as the Knights of Charlemagne, while coming to terms with their newfound abilities. Soon they realise that everything they’ve learned thus far is much bigger than they originally thought, with all the strings connecting in shocking, unexpected ways.

Disclaimer: some spoilers ahead.

I found Alliance to be a fun, easy, and entertaining read, mostly because of Mark Frost’s writing style. I already touched on this a little in my review of the first book, but his ability to layer elements of history, science, fantasy, and mystery, is one of the best selling points of this book. My favourite section of the story really highlighted this and it’s the part where Will and his friends go back down into the tunnels in search of an object that would answer a lot of of their burning questions. It was like a mixture of National Treasure and Journey to the Centre of the Earth, with all the discoveries (and obstacles) they encountered along the way.

There were a couple of things, however, that dampened the story for me a little. While it was something that I eventually got used to and embraced by the end of the book, at first I found the humour and dialogue to be cartoonish. It mostly comes from their interactions with Nick, who can be so unbelievably thick. It was sometimes hard for me to ground this story in reality because I was literally imagining the characters as cartoons.

Another peeve I had was this book was the lack of development between Will and Elise’s relationship. I didn’t mention it in my first review, but deep down inside I was already shipping Willise (is there a ship name floating around for this? haha) from the moment they met in the first book. So, while I was all for the fact that they both dropped the four letter word on each other, I was also thinking … wtf? Where did that come from? Especially because:

Despite these flaws, I liked how we delved deeper into Will West’s world. There were some great twists, especially towards the end, and it was great that his Dad’s list of rules to live by still played a role in this instalment. 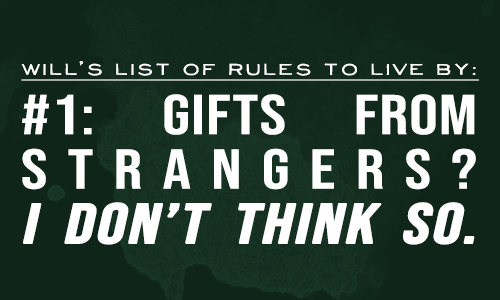 I love this quote because it shows that Will is beginning to come into his own. While he still relies on his Dad’s List of Rules to Live By, he’s also learning things along his journey and equipping himself with the things he needs to survive in the world.

There was an error retrieving images from Instagram. An attempt will be remade in a few minutes.